On our new coming album, Endless Agony, we are honored to have Betty Pablo as a guest singer. 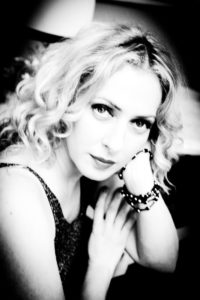 Betty Pablo is a singer/songwriter, a musician and an actress, one of the most appreciated artist in Israel nowadays.
In her music, Betty touches wide range of feelings: from touching and moving ballads to happy and joyful songs.
According to 2017, Betty has released four self-written albums/ two under “Helicon” record company: “Butterflies” (2000), “Try Me” (2004) and independently “Within The Words” (2009) and “At the front door”(2017).
In 2003, Betty have won the ACUM prize for art encouragement.
During her career so far, Betty have also written for other artists – such as: Shiri Maimon and Chen Aharoni (from “Israeli Idol”) and Yossi Banai (R.I.P).
Betty also collaborated with Aviv Geffen (“Blackfield”), Gidi Gov (“Kaveret”), and the producer Ofer Nissim in a cover song for “Gracias A La Vida” (originally performed by Mercedes Sosa), and a remix version to her song “Poison” (“Raal”).